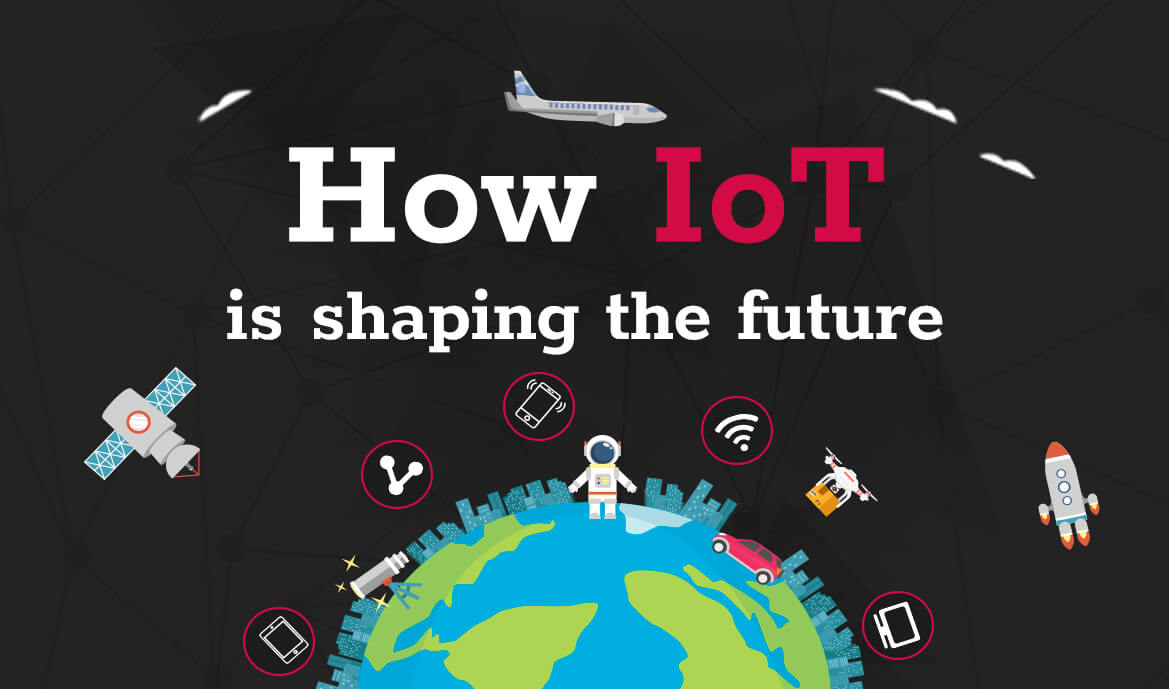 [Infographic] How IOT is shaping the future

How IOT is shaping the future

IoT has merged the physical and the digital world…

…and today’s innovations are only the beginning.

….the smarter they will become.

They play an important role in shaping the digital world and their role will only get bigger. Make sure you are not left behind. Explore the endless possibilities that IoT can offer your business today.

Parking drones that could guide cars to available spots. Sound trifling? It’s not: Up to 30% of congestion is caused by drivers cruising the streets in search of a place to park.Stoplights with embedded video sensors can adjust their greens and reds according to where the cars are and the time of day. They’re a double-win, reducing both congestion and smog, since vehicles idling at red lights burn up to 17% of the fuel consumed in urban areas.

Over in Philadelphia, they’ve invested in $4,000-apiece solar-powered garbage cans (called Big Bellies) that crush waste and send a missive to a dispatcher requesting pickup when they’re full. Philly has been able to reduce the number of weekly garbage-collecting shifts from 17 to just three, and realize $1 million a year in savings on fuel, maintenance and labour costs.

Thermostats consume more energy in your home than is consumed by your appliances, lights, TVs, computers and stereos combined. Nest boasts that its device (a ‘Smart Thermostat’)—which “learns” your schedule, programs itself and can be controlled from your phone—could save users 20% on energy.

One of the hits of this year’s CES was Tagg, a way of remotely tracking the location and vitals of your dog or cat.

Amazon announced in March a line of branded buttons you can stick around your house to enable you to order staples like laundry detergent and toilet paper with one push.

Changes are coming to the office building, as well. No frippery here—these measures are geared toward bottom-line efficiency and worker convenience. Cisco, for instance, controls the core functions of its 300 buildings worldwide, including climate, electricity use and security.

The new Tesla S electric sedan retails for $70,000. In addition to its enviable pickup—zero to 100 kilometres an hour in less than four seconds—it can travel up to 435 klicks on a single charge. If you’re getting low on juice, the car’s navigation system can lead you to the nearest charging station. Elon Musk’s latest-generation car comes equipped with Autopilot, which uses a combination of camera, radar and 360-degree sonar sensors to automatically drive on open roads and in stop-and-go traffic, and to not only find, but back into, parallel parking spots. The camera also reads posted speed limits and can warn drivers to slow down. Veer out of your lane and the driver’s seat shakes.

The research firm Gartner has estimated that, by 2020, there will be 250 million connected cars on the world’s roads, with many of them capable of driving themselves. There are eight million traffic accidents each year and 1.3 million crash-related deaths; Cisco’s Smart, Connected Vehicles division has posited that autonomous cars could eliminate as many as 85% of head-on collisions.

New York commuters have the Internet of Things to thank for shorter commutes. The city’s Canarsie subway line recently installed Siemens-made tracks and trains that can pinpoint location with far more precision than the old automatic block signalling system (which uses trackside lights to tell trains to stop and go based on when they pass fixed points). Because smart tracks know exactly where the trains are, that means the gaps between trains don’t need to be as large, allowing significantly more trains to run on the busy route—up to 26 per hour, instead of only 15.

The basic theory behind the so-called Smart Grid is simple: Power is priced on the basis of demand, and this information is transmitted immediately to smart meters, thermostats and appliances so that they can draw the power they need at off-peak times, when it’s cheapest.

By next year, according to the International Energy Association, renewables will replace natural gas as the world’s second-largest source of power (coal is still on top).

New machines from John Deere can not only plough, sow and reap, they can also collect data, including air and soil temperatures, moisture, wind speed, humidity, solar radiation and rainfall. Smart watering systems sprinkle just enough H2O on the fields.

Even cows are now transmitting bits of data in real time: A Dutch company has created sensors that, when attached to individual animals, can tell farmers which ones are in heat, pregnant or ill.

Let's talk. Contact us today and let's explore how we can introduce new efficiencies and modern process, apps and systems to put your organisation light years ahead of the competition.

How to Automate Your Job (at least the boring bits)

Automating one’s job is the dream. Who wants to bury themselves in endless, repetitive tasks when they can do it in a few clicks? Make your work life easier by reading this blog!